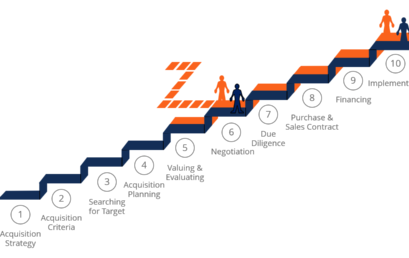 The Monopolies and Restrictive Trade Practices (MRTP) Act was passed in 1969. While this Act was being introduced, it’s one of the objective was to restrict the concentration of economic power in the hands of a few business groups/ houses. This Act was effective till the year 2002 when the Competition Act was passed. The Competition Act led to some deviations as the regulatory focus shifted to “promotion of competition” than “controlling of monopolies and economic concentration”. This change was required as a result of the opening of our economy and its integration with the world economy in the nineties. The Competition Act made the provision for assessment of each Merger & Acquisition (M&A) proposals from the perspective of “maintaining a balance between creation of monopoly (MRTP ACT) and generation of efficiency (the Competition Act)”. The Competition Act also aimed to assess the impact of merger & acquisitions in terms of possible impact on competition in the “relevant product market as well as relevant geographic market”.

But the provision of the Competition Act, to assess the impact of a particular M&A on the relevant product market, without considering the ownership of the firms involved, may lead to the concentration of economic assets in the hands of big business groups due to their diversified nature and large number of affiliated firms. It was feared that, this in turn would affect future product competition in the country. Ironically, although the Competition Commission of India (CCI) is acting as the competition regulator of India, it is not within its scope to regulate “the concentration of economic assets in a few hands”.

There are indications that big business houses are taking advantages of these gaps in the regulations to expand their domain with respect to products as well as geographic locations. It has been noticed that some of the big business groups in India are actively following this path and consolidating their activities across sectors. Top business groups leading in expansion strategies through acquisitions are Tata, Reliance, Mahindra, Birla, Essar, Wipro, L&T, Godrej, OP Jindal and Piramal.

The major sectors in which leading business groups are following the path of M&A for consolidation are IT and IT enabled sectors, Automobile, Basic Metals, Energy, Banking & Financial Services, Food & Beverages, Engineering and Construction, Telecom, Machinery, Pharmaceutical, Media and Entertainment, Shipping, Logistics and so on.

Evidently, leading business groups of the country are following the consolidation strategies through merger and acquisitions despite the existence of and regulation by the Competition Commission of India. Most of these groups are acquirers than the sellers in the transactions. But the question that “are these consolidation activities generating efficiencies or just creating monopoly” needs to be examined through detailed research based on data. Prima facie it appears that the Competition Act has failed to maintain a balance between the creation of monopoly and generation of efficiency.